What is economy class syndrome?

This syndrome has gained many names: tourist syndrome, economy class syndrome, traveler’s thrombosis, coach class thrombosis, etc. These names are due to the fact that it has initially been associated with people who have presented venous thrombosis or pulmonary embolism after a prolonged trip where they were transported in confined spaces without being able to adequately mobilize themselves, as it was popularly understood. The most common scenario by which it was popularized being that they were people who were transported in economy class and who paid cheap flights or cheap tickets. 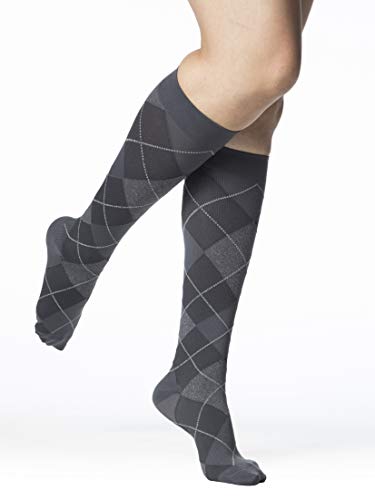 This as we will see later is false, in fact, traveler’s thrombosis happens in any passenger, even business class and has nothing to do with the cost of the trip, whether it is done by air or by land, it’s more due to risk factors for this disease that are present in each person as well as other additions to those exposed during a trip.

Definition: Economy class syndrome is associated with people who have a pulmonary embolism – a potentially fatal entity – as a result of prolonged movement restriction after a long-term trip.

Three famous cases of thrombosis linked to immobility are:

In all these cases, we should not underestimate the additional presence of risk factors, whether they act independently or by adding up. One or more of these factors are almost always present.

– Travel is fatal to prejudice, bigotry, and narrow-mindedness, and many of our people need it sorely on these accounts. 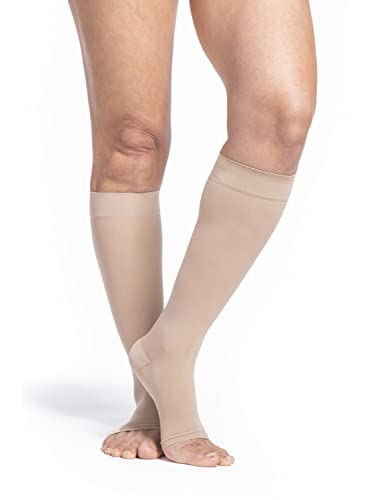 A bit of history: First cases in literature

The first time it was mentioned that long-restricted mobility seemed to be associated with pulmonary embolism was in 1940 and it didn’t really happen on a trip! These were people locked up during the bombings that London sustained in World War II, these cases were of subjects who were located in confined spaces with very little mobility that served as a shelter.

The first time the relationship between deep vein thrombosis (DVT) and a long air flight was described was in a 54-year-old doctor who took a 14-hour flight from Boston to Caracas. The case was published in 1954 by surgeon John Homans, the same one who described the sign of thrombosis that bears his last name. 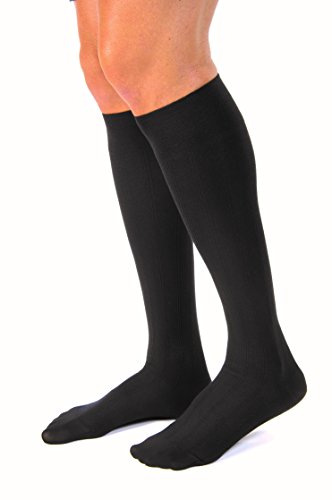 Richard Nixon had an episode of thrombosis in his left leg during a trip to Japan in 1965, before becoming president. In September 1974, one month after resigning from the Presidency of the United States and during an impeachment investigation into the Watergate case, he suffered a flare-up in his thrombotic condition, culminating in the diagnosis of right pulmonary embolism with subsequent worsening of thrombosis in his end. A frankly torpid evolution led him to the operating room for an operation on the thrombus. His delicate state of health was used as one of the mitigating factors for which President Gerald Ford granted him forgiveness after his scandalous retirement from the White House. It is noteworthy that at that time anticoagulant therapy was limited to using intravenous heparin and the former president had to be connected to a drip of this drug which he did not like. He was then instructed to use Warfarin which is a difficult to manage oral anticoagulant. Today Nixon would have been treated with other drugs and would be wearing stockings, however, times were different and he had to use the precursors of the current treatment. 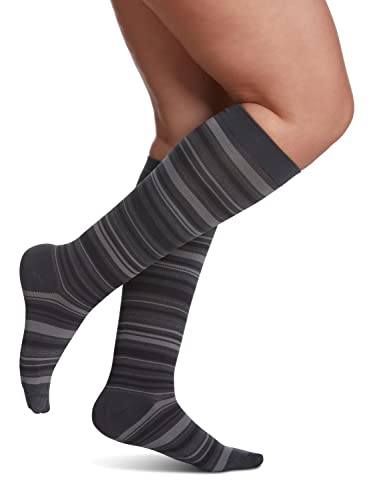 In 1977, a case of pulmonary embolism thrombus associated with an airplane trip is referenced for the first time.

In 1988 Cruikshank and collaborators published an article where the name of economic class syndrome was coined, this would later generate great controversy since among the patients was one of the co-authors who had flown in first class.

However, there appears to be a direct relationship between flight duration and episodes of venous thromboembolism (see table below). This risk is not necessarily immediate, in most cases, they occur within the first 2 weeks after landing, with an average of 4 days, while the risk is present for 4 weeks.

Thromboembolism risk according to travel time

In the following table we can see the risk of presenting an event of vein thrombosis according to the hours of a trip. 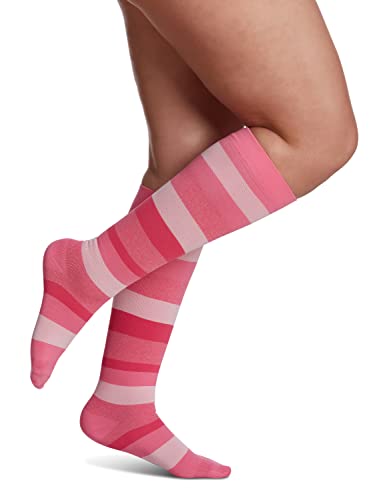 It is suggested that it can be mainly associated with blood stasis caused by immobilization in a sitting position, associated with factors such as water retention in the lower extremities, decreased oxygen saturation in the cabin (hypobaric hypoxia), hemoconcentration secondary to dehydration and activation coagulation.

– The true journey of discovery does not consist in looking for new landscapes, but in having new eyes.

In the case of airplanes, and to reduce the weight of aircraft, the atmospheric pressure inside the plane remains similar to that found at altitudes of 1,800 to 2,400 meters above sea level. Prolonged hypoxia resulting from this can trigger coagulation activation.

This possible effect of hypobaric hypoxia on the coagulation system has been studied several times, mainly in hypobaric chambers, with unclear results so far, especially when we compare airplanes with other means of transport and see how the risk of thromboembolic events is similar. 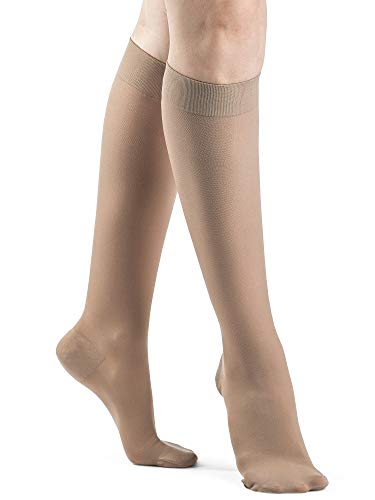 Let’s look at the main risk factors specific to the patient that can justify antithrombotic prophylaxis when they travel for several hours.

Can this syndrome occur in means of transport other than airplanes? 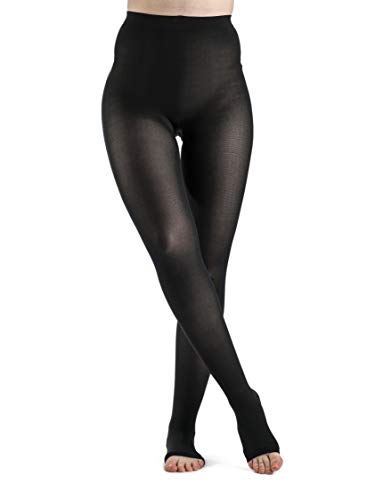 Of course yes, the problem that originates it is not the vehicle but the risk factors of thromboembolic disease that the patient has to which is added the little mobility that he has for the time that the trip lasts, which is usually prolonged. Air travel increases risk to the same extent as car, bus, or train travel.

Given the possibility of this entity, it seems reasonable to apply certain common sense measures to prevent venous stasis on prolonged trips, in any type of vehicle. Among the recommendations that seem most reasonable to us are:

For long-distance travelers at increased risk of thromboembolism, frequent ambulation is suggested, avoiding sitting for more than two continuous hours. Preferably sit in an aisle seat if possible.

Calf muscle exercise: Make flexo-extension movements of the feet that, as an exercise, favor the pumping of blood by the calf muscles. The simplest preventive measure is to lift the toes and alternately lifting the heels increases blood flow in the calf veins and reduces the risk of blood clots.

Avoid sitting cross-legged as it can lead to reduced blood flow, slows venous return, enhancing the risk of clot formation.

Do not consume alcohol since it favors dehydration that makes the blood more concentrated. For the same reason, try to hydrate. It is also suggested to avoid coffee or tea due to the fact of increasing the diuresis which could reduce hydration. 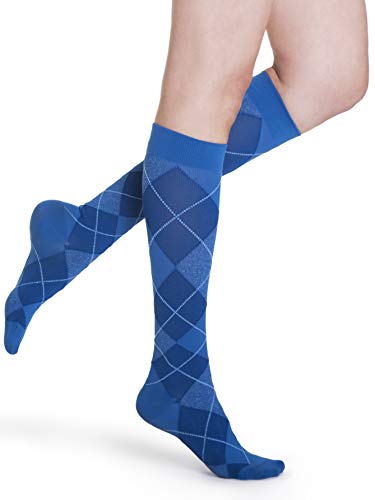 Compression stockings increase the venous return of the lower extremities, reduce venous stasis caused by immobility caused by sitting for long periods of time, which reduces the risk of venous thrombosis, especially when the compressive effect of these socks is energized with exercises for the calf muscles.

One-size-fits-all “commuter socks” sold over the counter at airports are highly unlikely to have the same thrombosis prevention effect that could be obtained by purchasing a well-sized, well-designed stocking in advance. 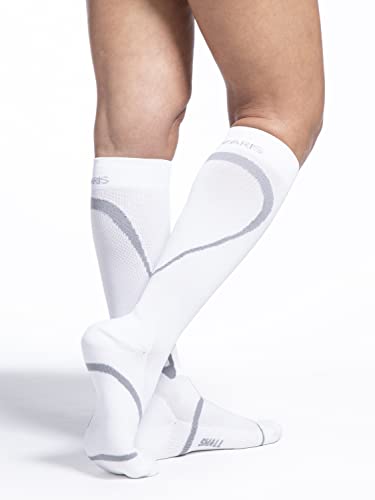 Only your doctor will be able to tell you if it is necessary to use pharmacological preventive measures, such as the use of low molecular weight heparins. There are no studies that endorse taking aspirin as the indicated medication in these cases, in fact there are publications that suggest not using it for this purpose, remember that its action is fundamentally on the platelet and not on the coagulation cascade that is usually activated In venous thrombosis, it also increases the risk of bleeding.

As of today, there are no strong levels of evidence for any of the recommendations, so it deprives good judgment.